Reconciliation: A journey for Calgary businesses

Calgary, known as Mohkinstsis in the Blackfoot language, has been a gathering place and hub of trade and commerce for generations.

The relationship between Indigenous and non-Indigenous people far precedes our history as an incorporated city (1894) or as a province (1905). And while there are many examples of positive and productive relationships, decades of assimilation policy continue to impact Indigenous communities today.

While many organizations have made reconciliation a priority, the path to reconciliation is complex and it is often difficult to know where and how to start. Through 94 Calls to Action in the Truth & Reconciliation Commission (TRC) and the United Nations Declaration on Rights of Indigenous People (UNDRIP), among many other works, Indigenous voices tell us how government, business, and individuals can move toward meaningful reconciliation. Many trailblazers, including those in the energy sector, are heeding the call for change and starting to walk the path of reconciliation.

Tim Fox is Calgary Foundation’s Vice-President, Indigenous Relations & Equity Strategy. He says the journey for many is young.

Reflecting on his early days with Calgary Foundation, Fox admits “There was no guide. When I started with Calgary Foundation, in absence of a clear roadmap, I was fortunately supported to do the learning and personal growth that would be needed to facilitate change,” says Fox. “It wasn’t about bringing in my own agenda or fully formed ideas. Instead, it was about bringing everyone along in our collective understanding and deciding together where our path would lead.”

When asked what is spurring meaningful action for organizations today, Fox shrugs. “It varies,” he says. “The very public injustices against people of colour and Indigenous people are certainly part of it. There have also been advancements stemming from the Truth and Reconciliation Commission that seem to illustrate a way forward for those who haven’t known where to start.”

Despite the many resources that exist and individuals who have the knowledge and skills to help, many organizations struggle with taking that first step. By way of explanation, Fox brings it back to the land.

When it comes to moving forward on reconciliation, the intersection of interests between Indigenous communities and the energy sector has brought its share of challenges. Knowing this, and with a vested interest in building better relationships with its neighbours, many energy companies are navigating the path and building mutually beneficial relationships with Indigenous communities.

Reconciliation in the energy sector

Operating in proximity to many Indigenous communities, Alberta’s energy sector has prioritized Indigenous engagement and reconciliation, which has always been a critical part of the business.

Cenovus, with the acquisition of Husky Energy earlier this year, has established itself as Canada’s third largest crude oil and natural gas producer and one of the country’s largest refiners and upgraders. With its operations situated directly adjacent to several Indigenous communities, building mutually-beneficial relationships is vital.

According to Trent Zacharias, Director of Community and Indigenous Affairs at Cenovus, the path wasn’t obvious. “We needed to work with communities to understand what was important to them, and what the starting point needed to be,” he says.

For Cenovus, those early conversations highlighted a desire for communities to be involved in business, which subsequently led to nearly a $3 billion spend with Indigenous companies since 2009.

Helping generate economic opportunity has been a cornerstone of Cenovus’s relationships with Indigenous communities, however the company also searches for other ways it can provide support.

“It’s about listening before acting. We continuously engage with communities to understand their needs,” explains Zacharias. “As part of these conversations, Indigenous leaders and community members gave a simple, yet striking answer: creating a thriving community depends on having a safe place to call home.”

After further consultation with the six communities closest to its operations at the time, Cenovus has focused its efforts on working with communities to build homes for Indigenous families. So far, 12 have been built, with another 36 planned for 2021.

While the Indigenous Housing Initiative is an important milestone, reconciliation does not happen overnight. Over years, and with intentional focus and investment, action on reconciliation is being woven into the culture of the company and the sector. 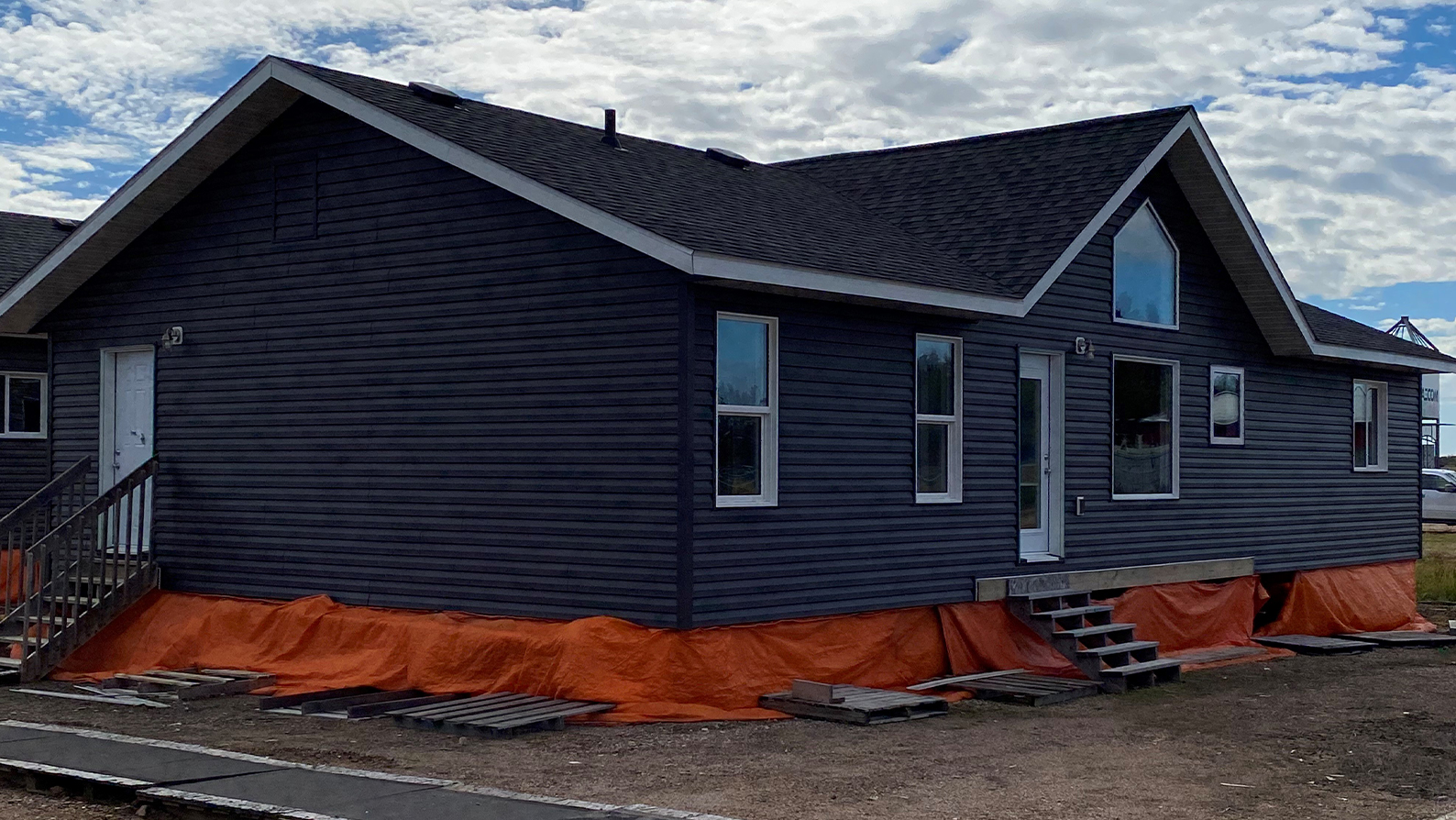 From the frontlines to the boardroom: A culture of reconciliation

Energy companies have begun to embed reconciliation into strategic priorities to align with stakeholder expectations including Indigenous communities, investors, and employees.

Cenovus recently announced Indigenous reconciliation as a key focus area within its Environmental Social and Governance (ESG) reporting. Establishing targets for this focus area will be a key objective for the company in the coming year.

When asked what role employees play in reconciliation, Zacharias emphasizes: “Building understanding is one of the most meaningful things we can do to advance reconciliation.”

Many companies offer Indigenous awareness training to staff, often developed with, and provided by, an Indigenous person.

Employee-led Indigenous resource groups and sharing circles can serve as spaces to share cultural practices and foster understanding among Indigenous and non-Indigenous employees.

Many companies work with Indigenous communities to develop long-term agreements that outline terms of engagement. Agreements can include clearly defined processes for issues resolution, benefits and investment with the community.

Long term agreements that empower a community-led investment philosophy means the community decides what is needed, rather than the company prescribing solutions.

Calgary Foundation’s Tim Fox says reconciliation can be unique for different businesses and organizations, depending on the culture and norms that exist. However, there are common threads that mirror many of the examples from work in the energy sector:

Alongside these essential elements, a commitment to learning, openness to having conversations that challenge the dominant narrative, and willingness to make equal space for other world views are critical to reconciliation being more than a checkbox on an organization’s to-do list.

As a final thought, Fox adds: “While reconciliation will look different for everyone, a commitment to the work is more than a statement or sentiment. It includes action.”

All of us, as individuals and as organizations, have an important role to play in reconciliation. Reconciliation begins with the individual, and then extends to our families, personal relationships, and workplaces. Eventually, reconciliation can become a journey of community that, in time and with focus, can bring healing to our individual and collective relationships with Indigenous people.